A video installation in which images of everyday life in Israel and Jordan are projected onto an undulating laundry line. Images include a fully-clothed Muslim woman bathing in the Dead Sea, a man painting a yellow stripe on pavement, children at recess, Muslim men praying inside a mosque, an Orthodox Jewish woman at prayer, falafels cooking in a pot of boiling oil and many others. These images and sounds - as fragmented narrative - fade up from black - momentarily live on the billowing cloth - then fade back into black. The video footage was shot on a three-week journey in September 2000, in the relative calm five days before Ariel Sharon walked on Temple Mount.

As part of this installation there were also 21 pigment transfer lithographs made from video stills printed by Atelier 28, in Cologne, Germany.

This piece was first exhibited in the Fourth Presbyterian Church in Chicago in 2002, the Peace and Human Security Media Festival on September 12, 2002 in the Millennium Theater in New York City, and then later shown at the Lipa Gallery in 2003 in Chicago. 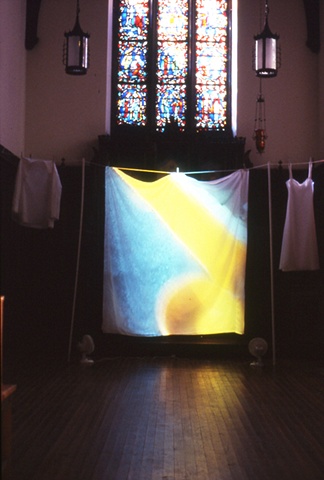 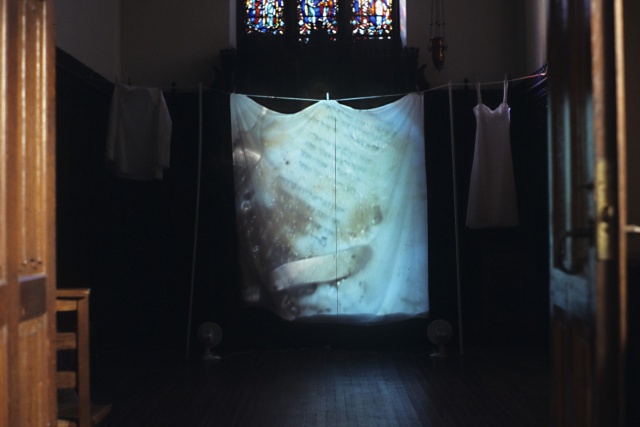 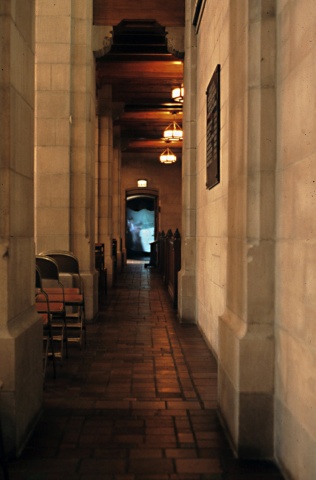 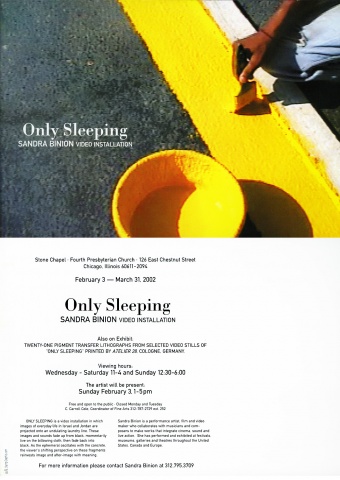