Random Lines in Tereglio was part of a group exhibition, The Art of Description, curated by Doug Stapleton. The exhibition addressed how artists report the sensory phenomena of the world from a distinctive vantage point, evoking a sense of presence or atmosphere beyond information. The exhibition focused on still life, landscape and portrait, with an emphasis on the quiet meditation of these subjects.

I presented a wall installation of paintings and photographs from 2003–2013, and the video installation Lumaca (2012). I covered a 40-foot wall in the gallery with a handwritten text in English and Italian, Random Lines, which I originally wrote in 2012 for Rough Beauty, a solo exhibition in Tereglio, Italy. Thirty-five paintings and photographs selected by Doug Stapleton hung salon-style on the wall. Lumaca is a mesmerizing close-up of a snail eating, projected over an unmade bed. It focused on a humble but mysterious creature – hermaphoditic, nomadic, and ancient. Through careful framing and a large-scale projection, the viewer was drawn into the snail’s slow, methodical, unspectacular yet sensuous world in miniature. 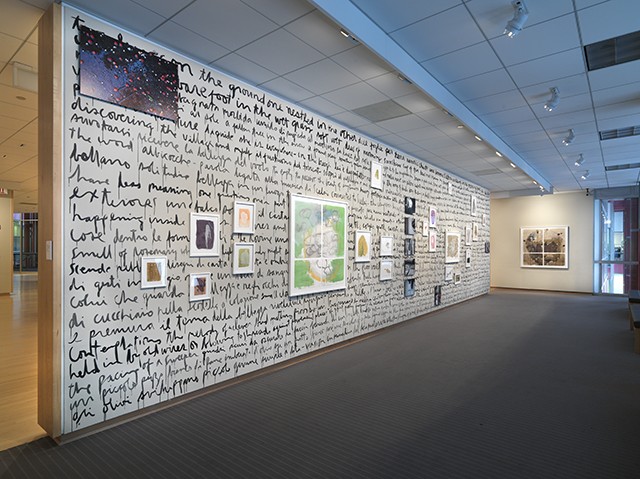 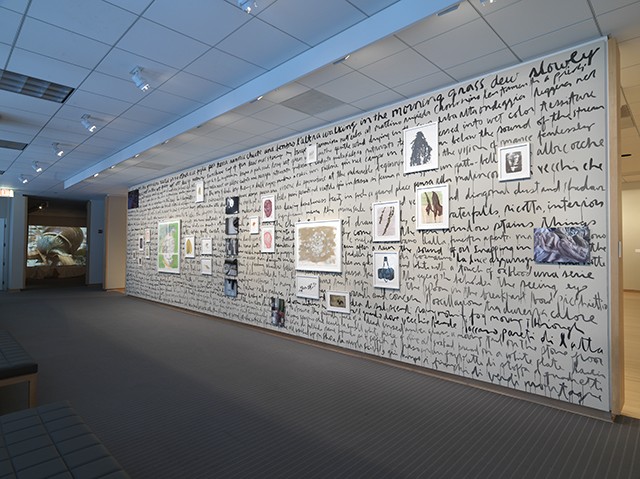 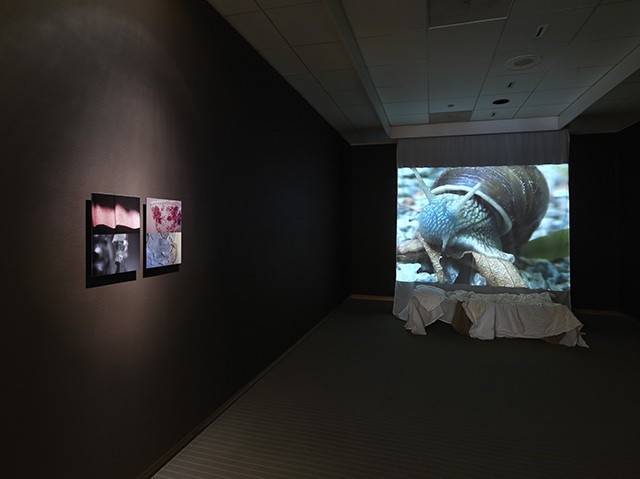 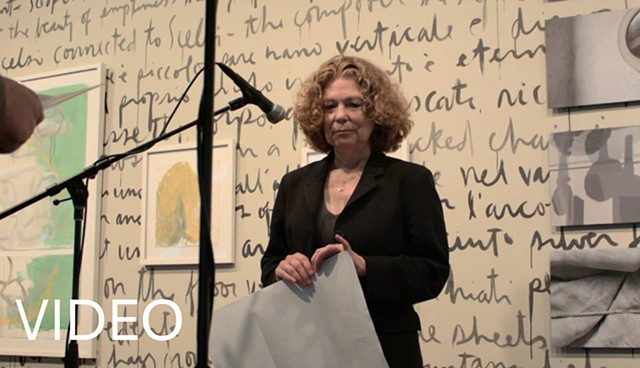 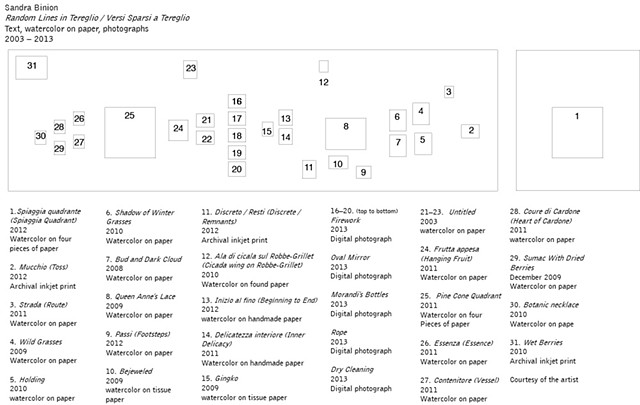 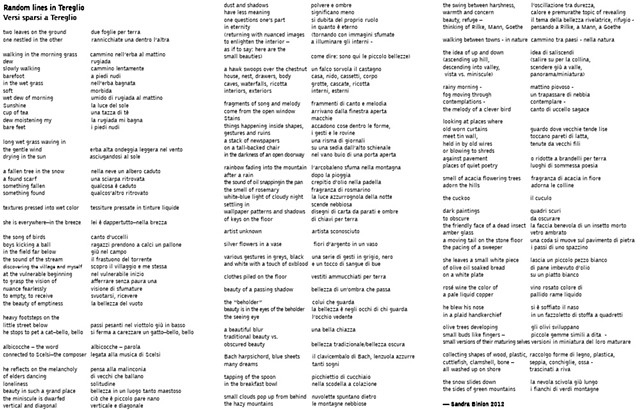 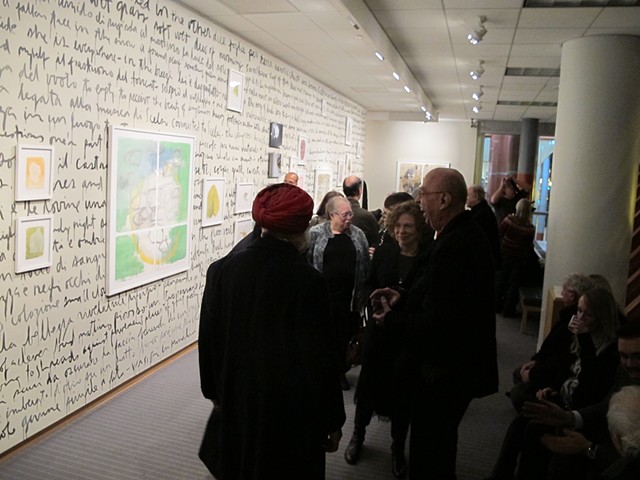