Opera Barcelona is a 20 minute performance work for cello, saxophone, laundress and video inspired by a rooftop in Barcelona, Spain. I climbed the many stairs to the ornamental rooftop of Gaudi's Casa Mila, but it was the rooftop across the way that caught my eye. Laundry was hanging in a triangular form on the line and a chair was overturned on the far left side. It was a simple scene but rich in emotion. As though something had happened, or could happen. It called out - for an opera. Using memory and a photograph of the rooftop as starting points, I sought to evoke a moment in the life of Barcelona through the selection of certain details and to recreate the scene. Adding music (cello and saxophone), live action (a women hanging the laundry to dry) and video (illustrating moments in daily Barcelona life).

The music was primarily improvised by Naomi Millender (cello) and Ari Brown (saxophone), randomly playing excepts from Puccini's La Fanciulla del West (triggering the video) and musical sketches from composer Frank Abbinanti's Espana: La Lucha. Classical guitarist Fareed Haque played traditional Spanish and Flamenco works as a prelude to to the piece. He performed in the space between the audience and the rooftop.

The performance occurred at Link's Hall in Chicago on November 3, 1989. 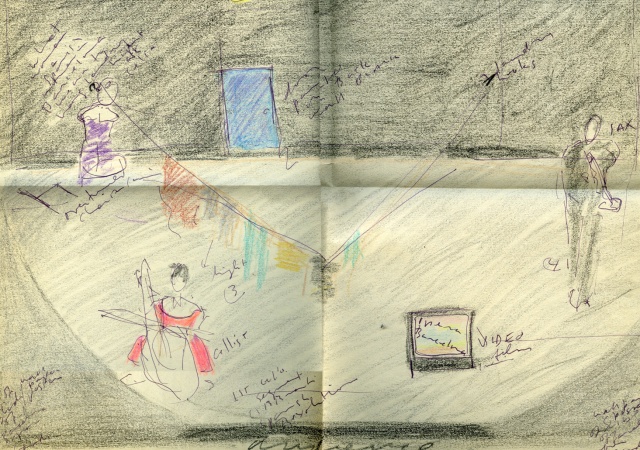 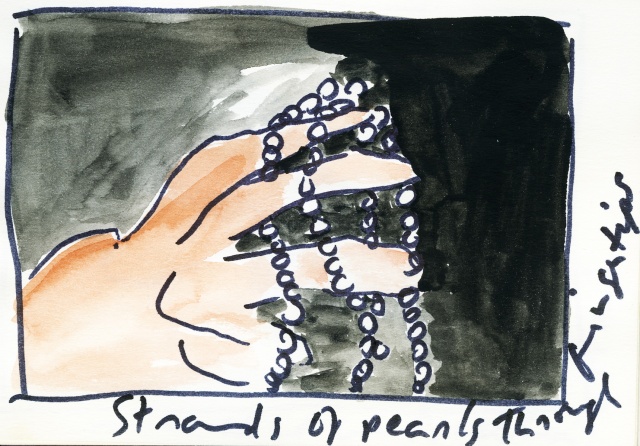 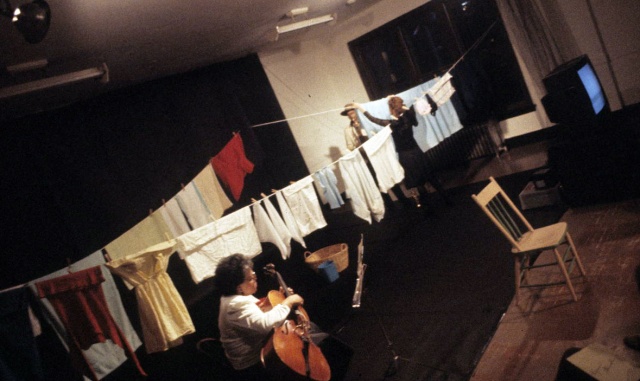 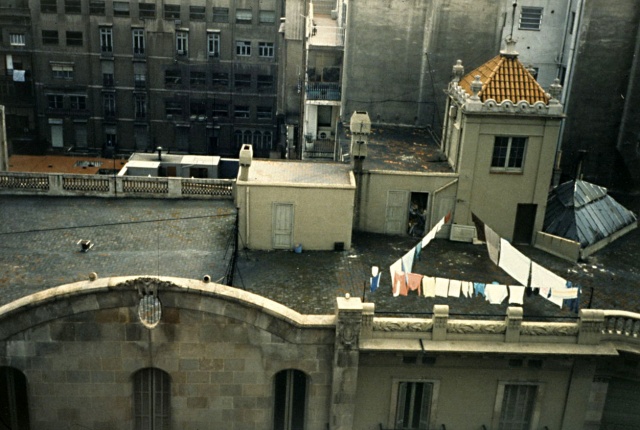 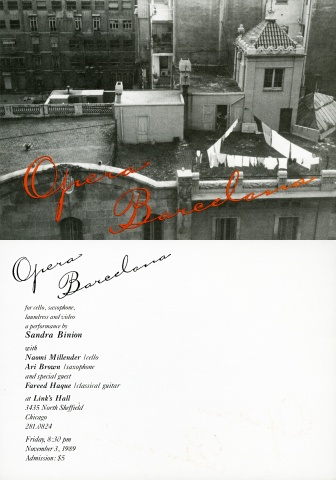