watercloset(s) is a diptych video installation for women's and men's restrooms. watercloset(s) was held in three venues in Chicago: the restrooms of the Performing Art Chicago's PAC/Edge festival at the Atheneum Theatre; at the Fine Arts Building through Lipa Gallery; at the NOVA Young Art Fair.

Glimpses of private and public details are interspersed with images of water, while fragments of conversation between men and women heighten the tensions between intimacy, public space, and temporary exclusivity. A few video images are common to both channels of the piece, while the majority are individual episodes exclusive to one room or the other. Similarly, only half of the dialogue is audible in each room. The texts are derived from several screenplays: Jules and Jim by Truffaut/Roche, Dangerous Liaisons by Hampton/DeLaclose, My Dinner with Andre by Wallace Shawn, La Ronde by Arthur Schnitzler, and Madame de by Louise de Vilmorin.

Winner of the Excellence in Visual Exhibition Award from Performing Arts Chicago, 2004 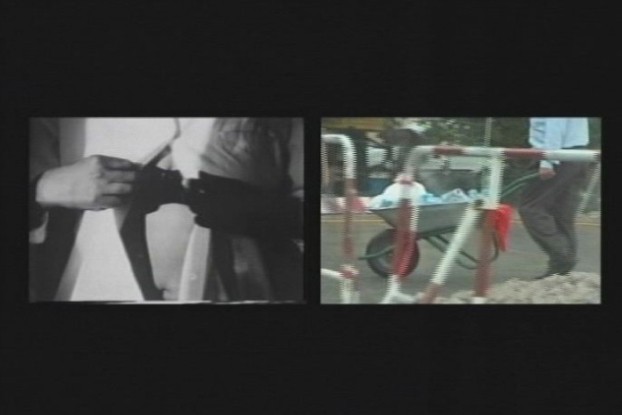 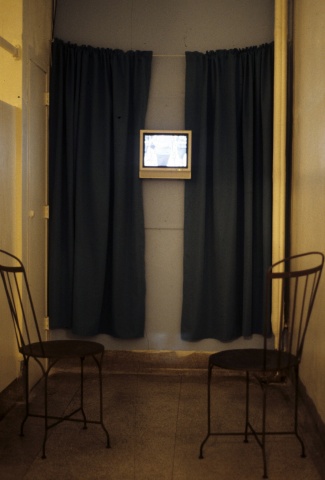 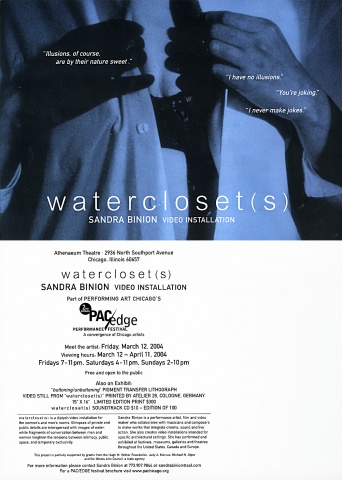 This project is partially supported by grants from the Hugh M. Hefner Foundation, Judy A. Marcus, Michael N. Alper, and the Illinois Arts Council, a state agency.