Duras Piece, for reader, musician, projected video and sleeper, was adapted for stage and video from two related novels by the French novelist Marguerite Duras: The Malady of Death and Black Hair, Blue Eyes. Repressed passion, sultry torment, and the constant rhythm of the sea are the ingredients of this tale. Both novels include suggestions for adapting to stage or screen and involve the same characters. I followed many of these suggestions and directions, combining both elements of each medium in my production.

In the performance version, the Sleeper mirrored stage action with screen action, lying beneath white sheets in front of the video projection. The Reader read selected chronological fragments of the novels. The Musician, as an extension of the screen character, played as he walked around the sleeping body.

In the video version from 2001, the cinematic image no longer establishes a double with live performer. The strategy is somewhat the converse: text, sound, and image coalesces into a cinematic space in which performance has multiple meanings - declamation, dramatization, role-playing, objectification. The cast of this version included Eponine Cuervo-Moll, Brian Goggin, Jessica Grim, Henry Brant, Catherine Gammon and Calvin Charman.

The premiere included myself as Reader, Eponine Cuervo-Moll as Sleeper, Andrew Voigt on shakuhachi and Matt Ingalls on clarinet at Studio Four, Oakland, California followed by a performance at the Hans Fahden Winery, Calistoga, California in 1998. We toured in the Midwest with Vincent Chancey on french horn at the Fassbender Gallery and the Hothouse, Chicago and performed with special guest musician Spencer Barefield on guitar and African harp at the Georg Vihos Studio D in Detroit, Michigan. In 1999, the performance took part in A World in a Weekend at the Chicago Cultural Center with Vincent Chancey. The production toured to Plan B, Santa Fe, New Mexico with Peter Gordon on saxophone.

The project was partially made possible by a residency at the Djerassi Resident Artist Program in Woodside, California. 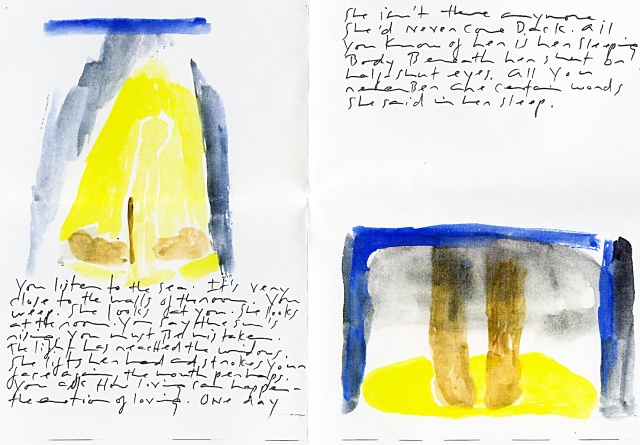 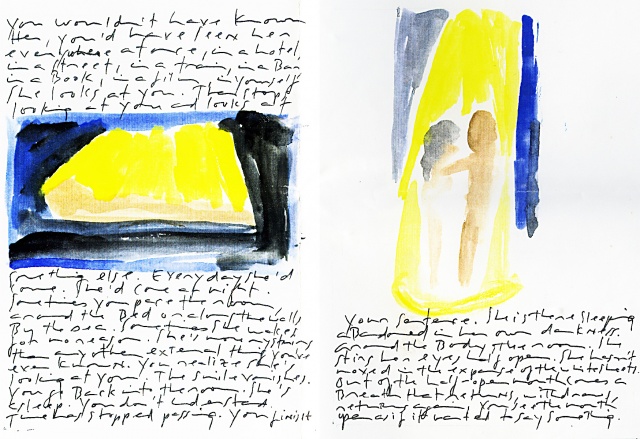 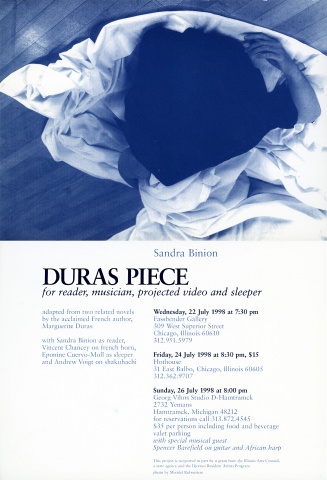 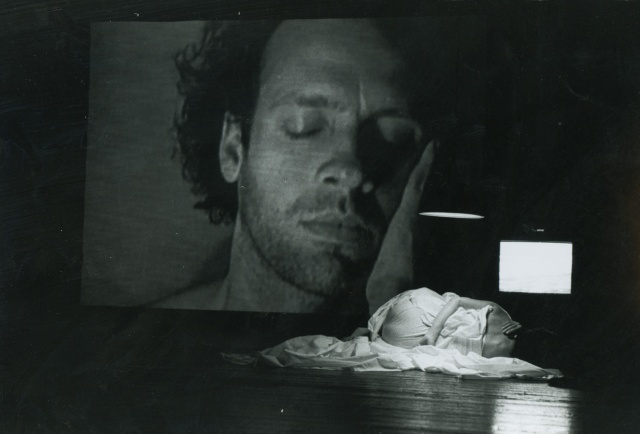 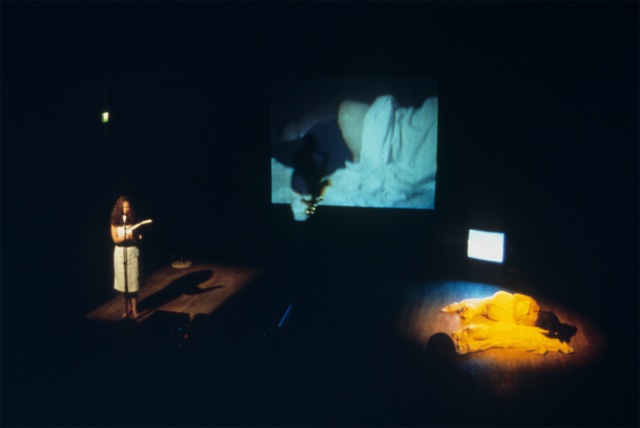