La (Vera) Dolce Vita (for television and pasta) is a performance work that pays homage to the Italian spirit. Inspired by a stay in Florence, Italy, I have taken three situations that celebrate Italian life and the coming of spring: Kissing, Eating, and Dancing. In the performance, three video monitors stand as a triptych on the altar-like stage. The left monitor show the heads of couples in profile, slowly coming together closer and closer until they kiss. The center monitor has couples, family members, and friends of varying ages at the dinner table feeding each other spaghetti. The right monitor shows single silhouettes of people dancing. The audience, limited to 50, was seated at tables, with tablecloth and candled light. I openly prepared hot pasta, which was served with bread and wine to the guests by a singing waiter. The video program ran the length of the hour-long television dinner.

First performed at Club Lower Links in Chicago on March 20, 1990.

With Marc Konewko on accordion, Gianluca Ferme on guitar, James Dillard as the Maitre d', and Douglas Grew as the singing waiter. 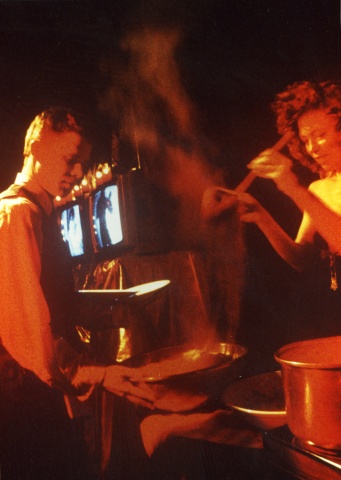 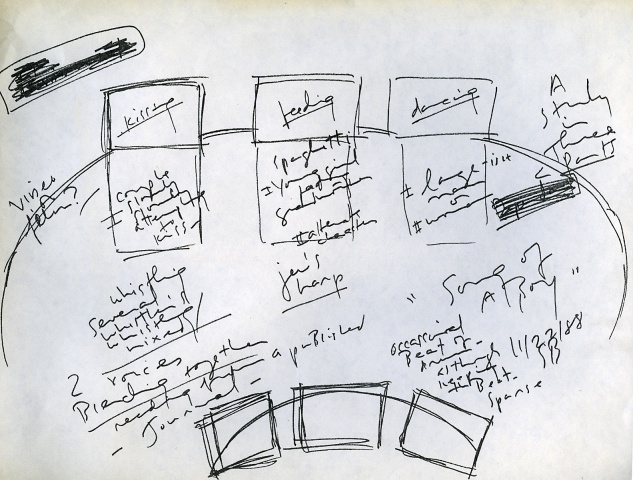 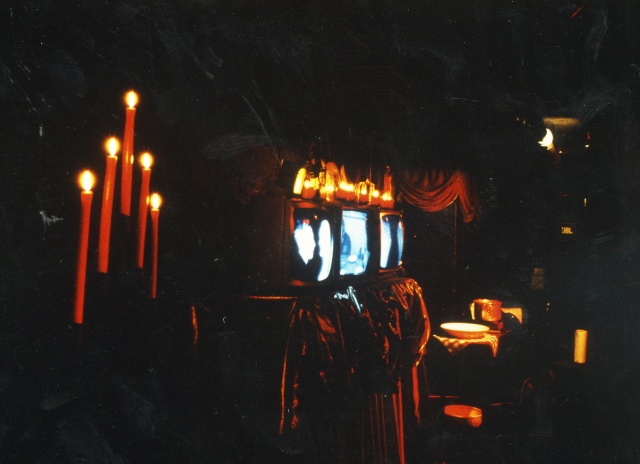 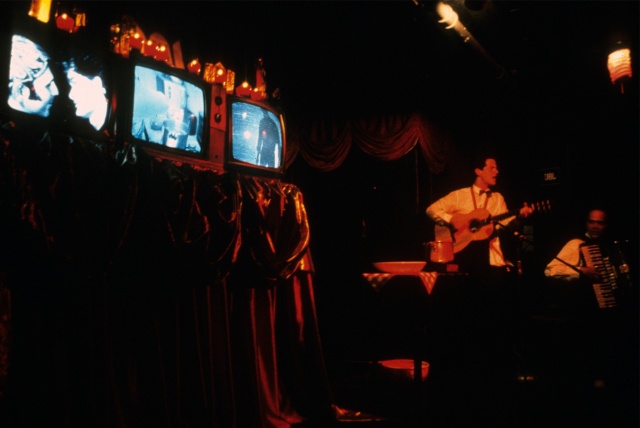 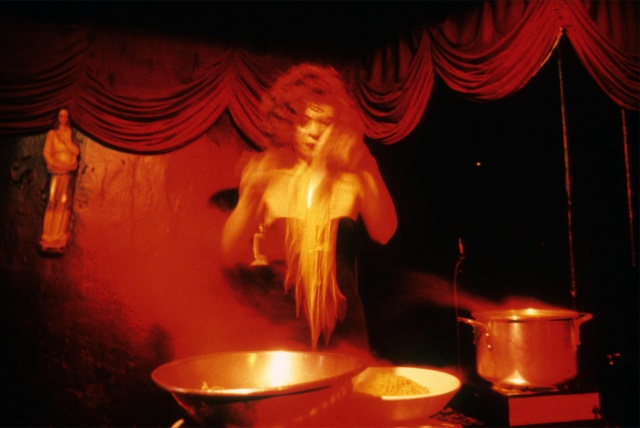