"In the confines of the imperceptible, the intermediate state between animal and plant life, that mysterious element that is animal for a few hours of the day, but only under the action of light." -Odilon Redon (1840-1916)

A performance that lasted 2 hours underneath a spot light on a raised platform wearing a garment covered in flowers as a symbolic gesture to Odilon Redon's desire to have a synthesis between females and plants. The endurance of the piece lies in remaining as still as possible to emulate a still-life painting. The piece was accompanied by a score that consisted of Redon's favorite works of music (Bach, Beethoven, Schuman, Debussy, Ravel, Chopin) inter-cut with phrases spoken in French from Redon's writings. 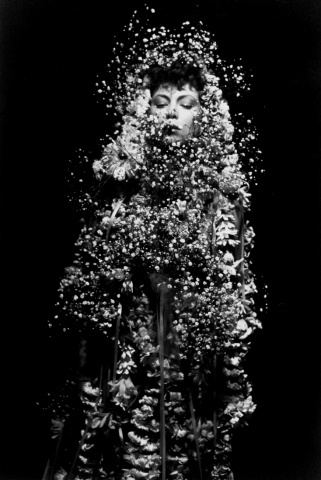 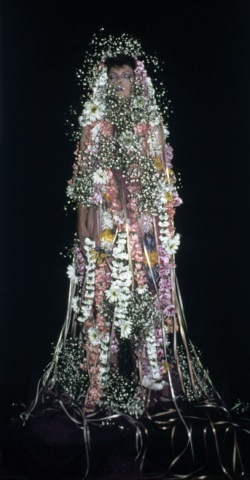 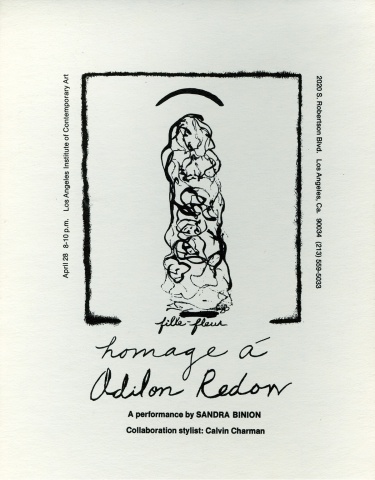 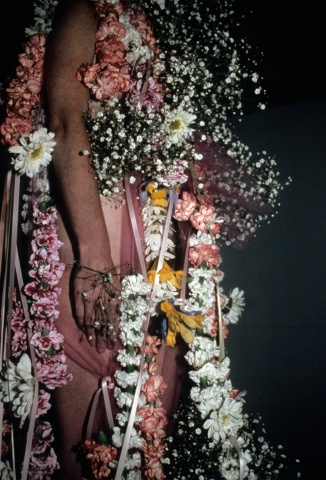 Side View of Garment
Photo Documentation 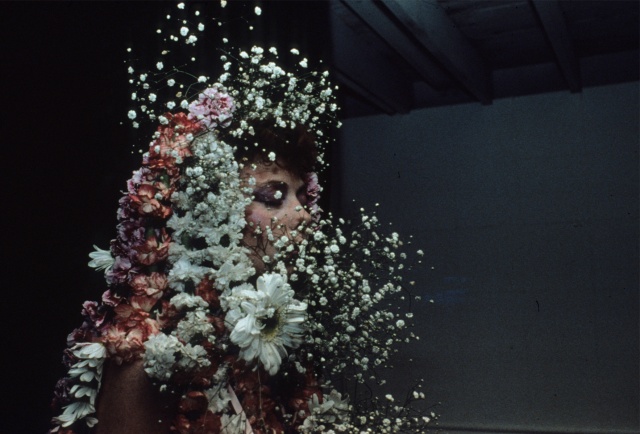