Figure, Painting premiered in San Francisco on October 22, 1983 at the Storefront Gallery. The next performances took place on November 4 and 5, 1983 at the Storefront for Art and Architecture on Prince Street in New York City and featured Butch Morris on cornet through the aid of the Meet the Composers grant. Inspired by the early 1920's Fauvist palette of expressionist Alexej Jawlensky, the "figure" in Figure,Painting became the painter as well as the painting.

I also exhibited drawings, photographs, artifacts, costumes, and props from the window performances of this piece from March 18 to April 28, 1984 at Eric Turner Studio on Lexington Avenue in New York City. The exhibition titled Elements of a Performance traces the development of this work through its by-products. 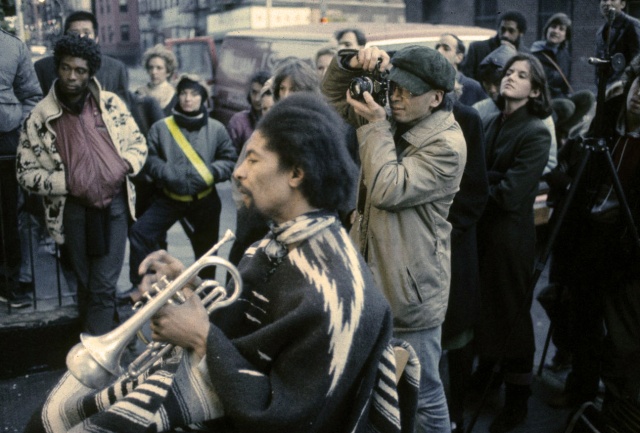 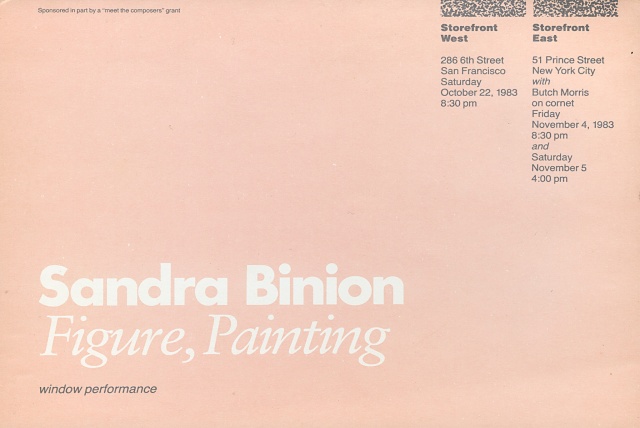 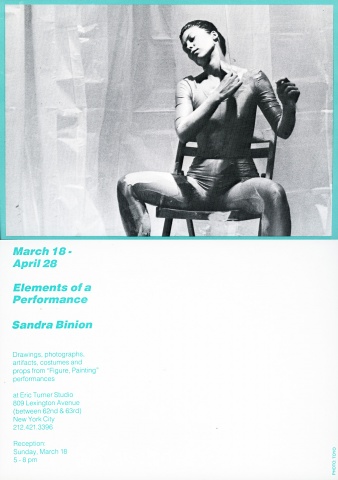 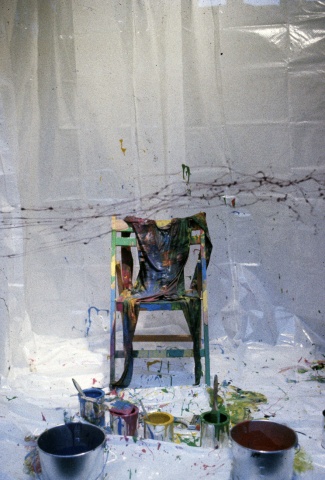 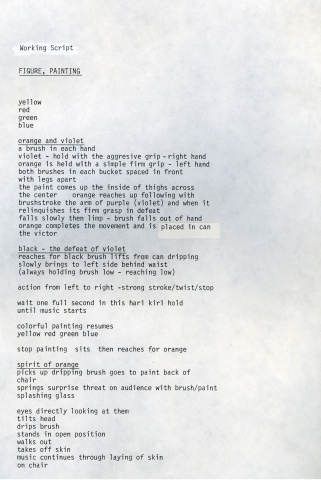 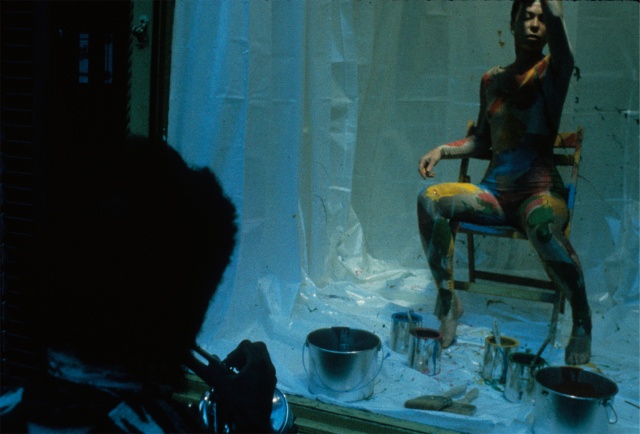