The Egyptian Frieze Walk took place on Harvard Bridge in Boston as part of the Annual Avant-Garde Art Festival curated by Charlotte Moorman on May 20th, 1978. This abstract movement piece began on the Boston side of the bridge, and ended on the Cambridge side 1 1/2 hours later. The movements, costume, makeup and hair were interpreted directly from Ancient Egyptian tomb relief forms. The stylized, yet natural, posturing of the Walk related specifically to the royalty, religion, and aspects of everyday life.

I don't look at my work as dance exactly; it's more related to sculpture or painting or theater: I become living architecture.

This piece doesn't take place on a conventional stage. The work is happening out-of-doors; therefore, the bridge (having to do with ancient technology and bridge building) represents the structure of a pyramid - and the Charles River becomes the Nile.

I see the posturing or movement in the friezes as "frozen theater." (Frieze is defined in architecture as a horizontal band, usually decorated with sculpture.) The theater is about afterlife and I'm the middle-life, a translator. 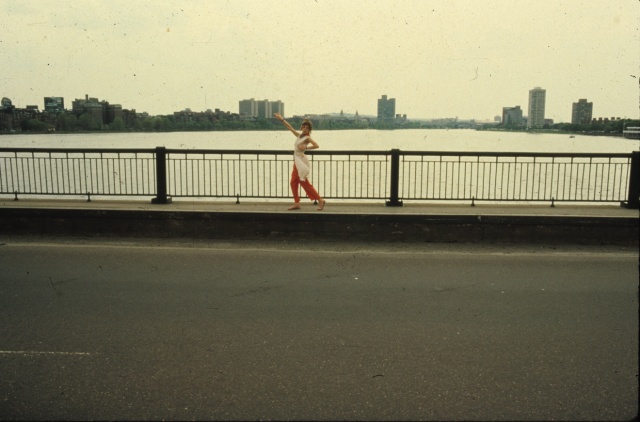 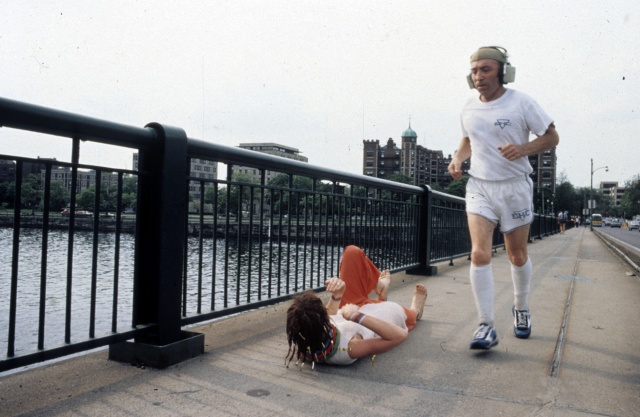 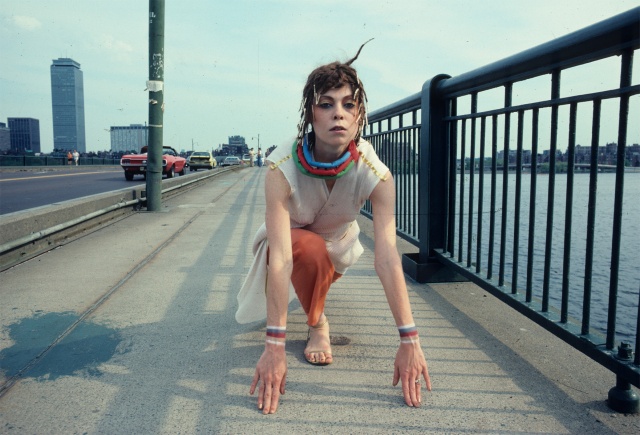