A group of three different exhibitions over the course of a year and a half in conjunction with the Environmental Law and Policy Center in Chicago, IL. The projects focused on photographic pieces centered around the theme of the natural environment of Chicago and the greater Midwest.

I initiated this on-going project with Davis Travis, Curator of Photography at the Art Institute of Chicago and Howard Learner, the Executive Director of the Environmental Law and Policy Center from 2000 to 2002. 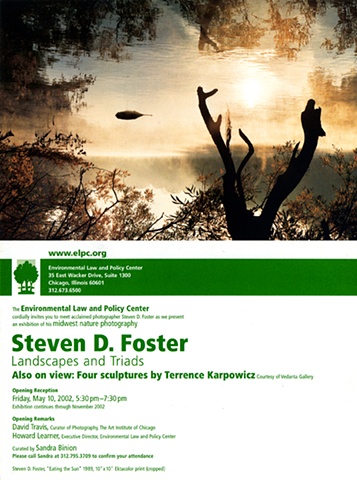 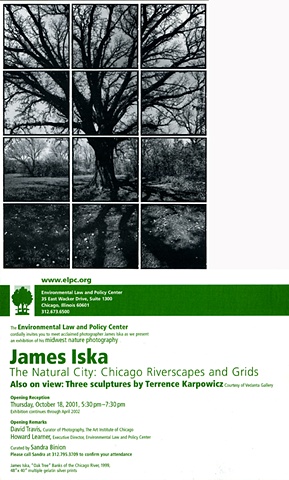 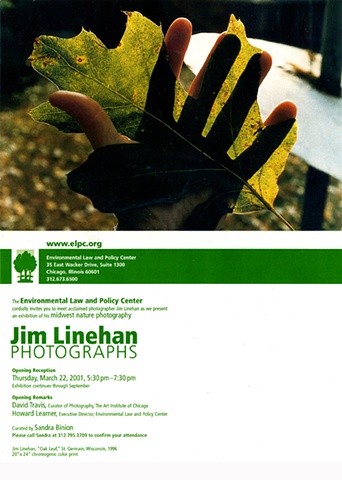